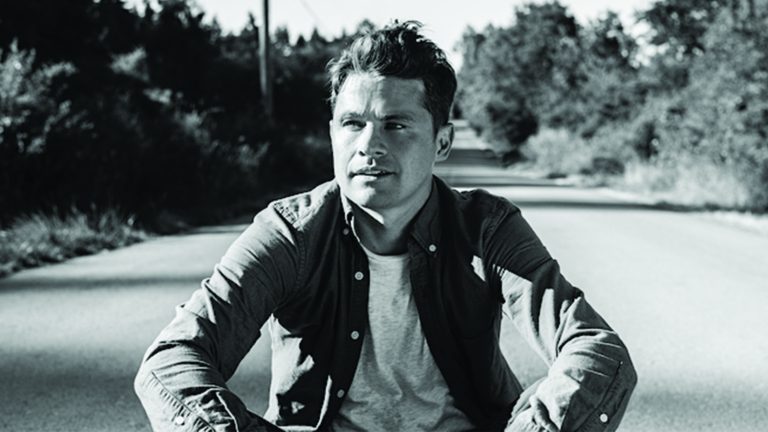 Michael Christie is the author of the novel If I Fall, If I Die, which was longlisted for the Scotiabank Giller Prize, the Kirkus Prize, was selected as a New York Times Editors’ Choice Pick, and was on numerous best-of 2015 lists. His linked collection of stories, The Beggar’s Garden, was longlisted for the Scotiabank Giller Prize, shortlisted for the Writers’ Trust Prize for Fiction, and won the Vancouver Book Award. His essays and book reviews have appeared in the New York Times, the Washington Post, and the Globe & Mail.

Greenwood, his most recent novel, was a national bestseller and was longlisted for the Scotiabank Giller Prize. Rights have been sold in sixteen countries.

A former carpenter and homeless shelter worker, he divides his time between Victoria, British Columbia, and Galiano Island, where he lives with his wife, the writer Cedar Bowers, and their two sons in a timber frame house that he built himself.

A Q & A with Michael Christie

Why did you pursue a career in writing?

I have this persistent inability to view my writing as a career. I’ve had so many different jobs in my life, and I still feel like I could end up doing something other than writing someday. In fact, I view the whole notion of a ‘writing career’ as kind of outdated. It reminds me of that tired and un-useful idea of a person needing to find their “one true love” in order to be fully happy in a relationship, which is demonstrably ludicrous. I write fiction because I love to do it, not because it’s my career. Mostly, I’m pursuing my own enjoyment of the work, and I feel very fortunate for every single day that I’m able to do this.

Can you tell us what it’s like being a professional writer?

I’ve been realizing lately that to be a writer you need to be comfortable living under an enormous cloud of uncertainty (i.e. “Is this novel that I’m spending years of my life writing going to even make sense?), and that’s really hard for some people to withstand. But I don’t really mind the uncertainty part of it. And beyond that, I love the autonomy of writing. The freedom to learn about anything that interests me and then attempt to write about it. It’s all great fun. Also, it sure beats roofing.

“I write fiction because I love to do it, not because it’s my career. Mostly, I’m pursuing my own enjoyment of the work, and I feel very fortunate for every single day that I’m able to do this.”
Micheal Christie
MFA Creative Writing

Why did you pursue a degree from the Creative Writing program?

I knew that I wanted to write fiction, but I’d never really spoken to anyone about writing before, and I came from a very unliterary background. I also knew that there were things I needed to know, but I didn’t know what they were. But both writing and publishing were like big black boxes to me, and I suppose I came to the Creative Writing program because I wanted to see inside them. I can honestly say that I loved the experience. I don’t think I missed a single day. Meeting so many kind people who cared about writing and language and storytelling as much as I did was a revelation for me.

It was a bit of a blur at the time, but I’ve since realized more and more that the Creative Writing program helped me clarify exactly what I wanted to do as a writer. Though the writing workshop part of things was initially terrifying, it was immensely instructive to get thoughtful feedback on things I’d written. And most of all, by learning to generously critique the fledgling work of others, you become much more adept at critiquing your own writing, which is what really good writers do really well.

Can you tell us a little about your national bestselling book, Greenwood?

It’s a multi-generational family saga that tells the story of 125 years in the lives of the various generations of the Greenwood family and their ongoing relationship with trees and forests. It’s a very difficult book to categorize, and it’s been called everything from eco-fiction to cli-fi to historical fiction to dystopian fiction. So I suppose it’s all those things?

Why did you choose to write a multigenerational family story set in a future of environmental destruction? What do you want readers to take away from your book?

Greenwood only ventures as far as 2038, to a time when something called The Great Withering has killed off much of the world’s forests. But I wish this required more imagination than it did, because it’s something that’s already happening. Where I live on Galiano Island, repeated drought stress is killing many Western red cedars here, trees that have been around for millennia, and it’s heartbreaking to watch. So I suppose I wrote the book because I wanted to investigate the roots of man-made environmental destruction, and I also wanted to tell the story of one particular family’s role in this. I’d like readers to take away from their reading experience some pleasure with respect to the story and the struggles of its characters, as well as maybe a refreshed sense of appreciation for both the complexity and the beauty of the natural world.

“Powerful, precise, careful, and emotional writing will always be the thing that people want to read. My only advice is to work as hard as you can to make your writing all of these things, and it will open many doors for you. But first you have to put in the work. ”
Michael Christie
MFA Creative Writing

I’ve been working on the limited series TV adaption of Greenwood, and I’m working on a new novel that may not end up making any sense to anyone.

Do you have any suggestions for students or new graduates pursuing a writing career?

Powerful, precise, careful, and emotional writing will always be the thing that people want to read. My only advice is to work as hard as you can to make your writing all of these things, and it will open many doors for you. But first you have to put in the work. And a creative writing program is a great place to start. 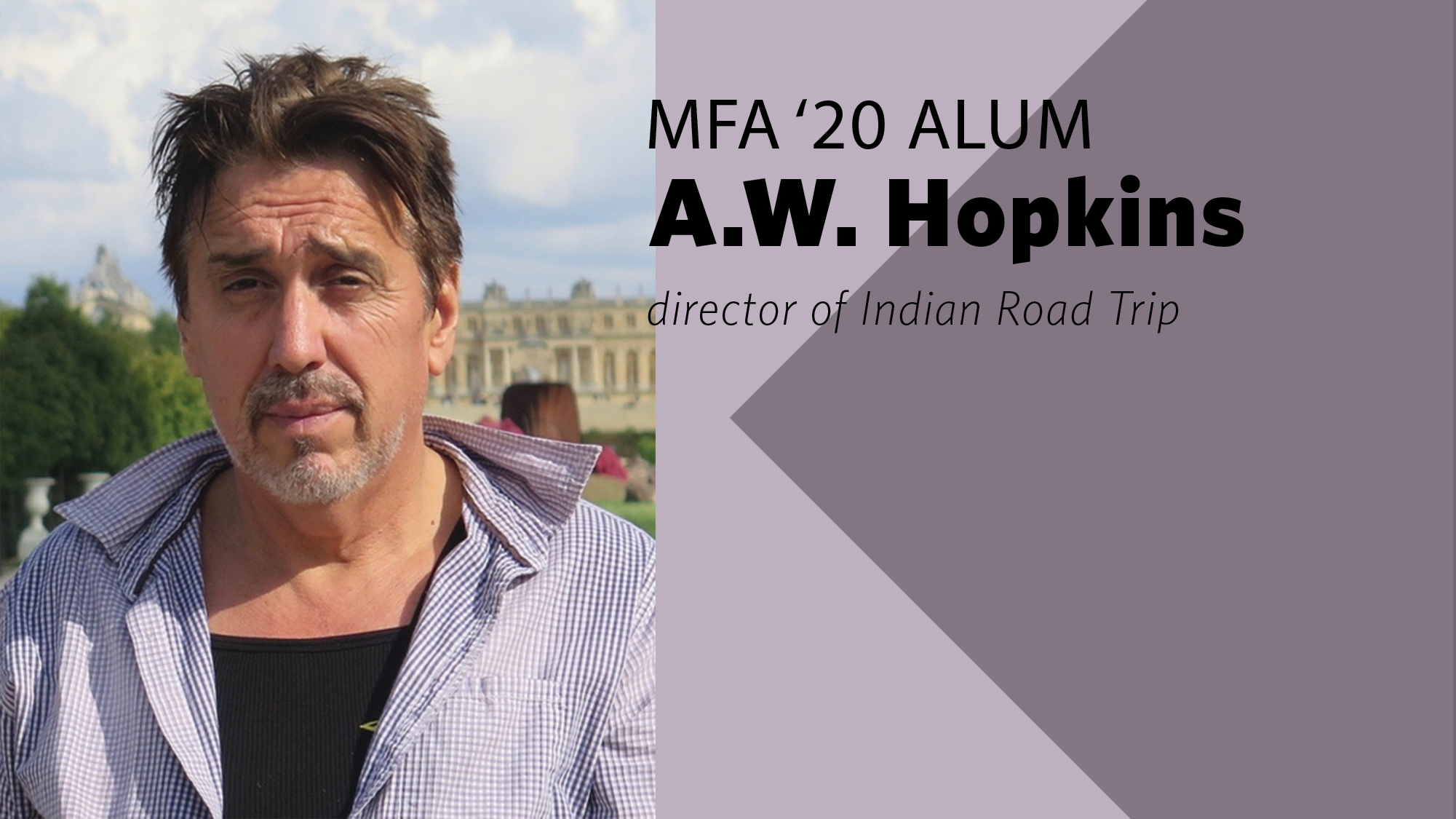 Faculty and Alumni Finalists for GG and Amazon Awards 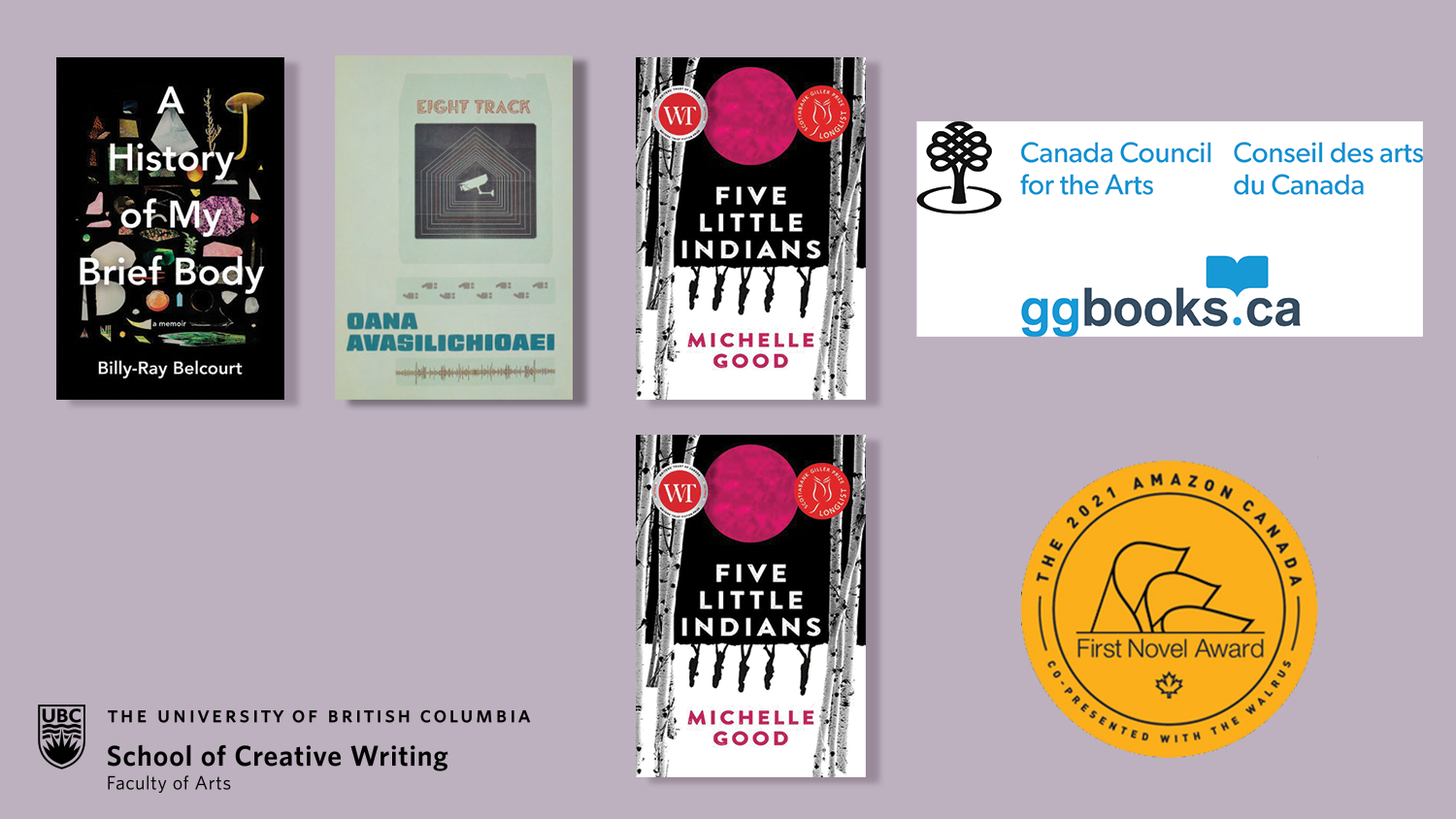 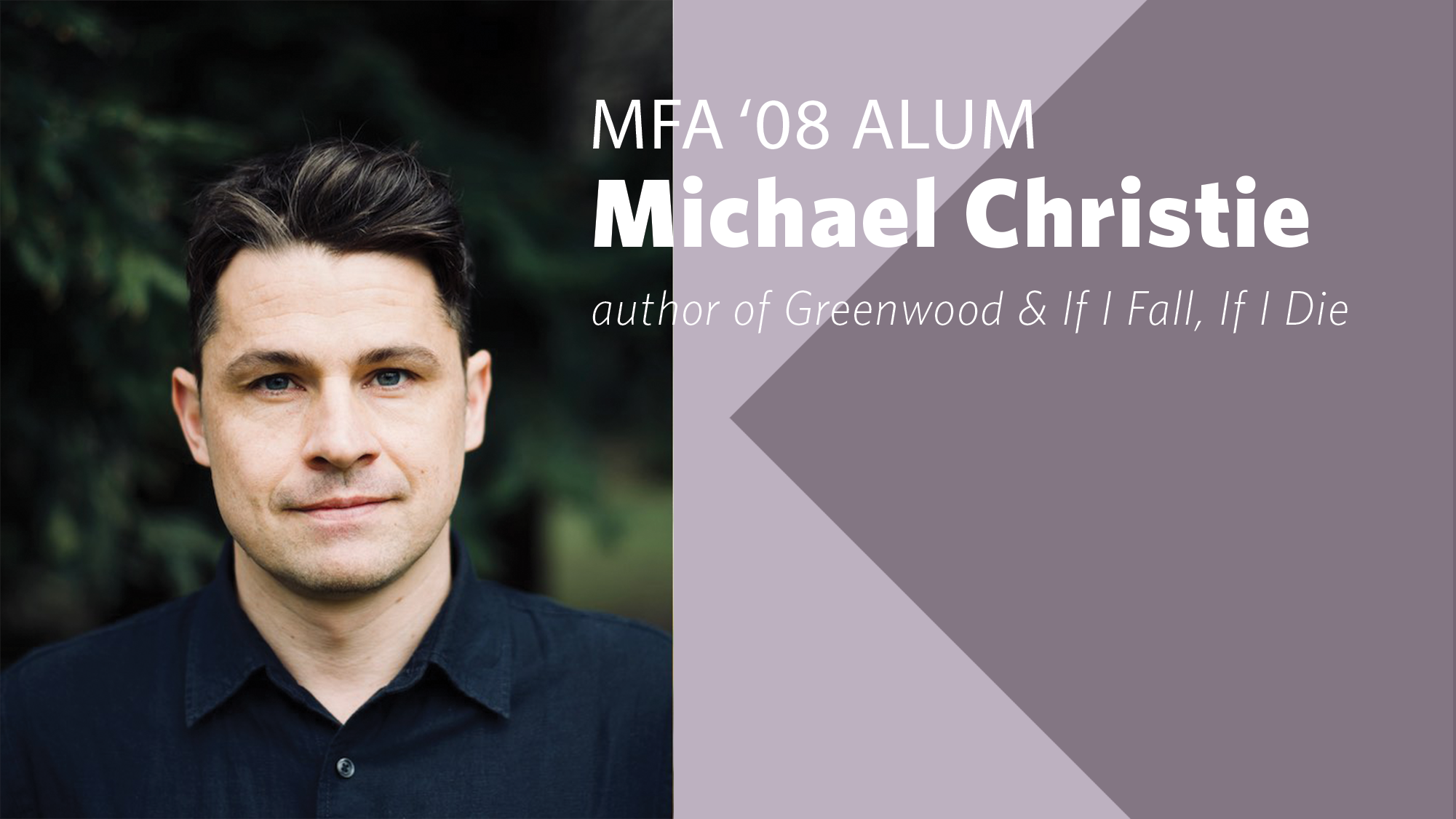