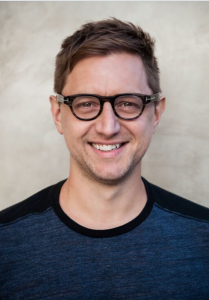 Zac Hug is a television writer and essayist living in Los Angeles. Zac was a staff writer for season five of Lifetime’s Drop Dead Diva. He is the creator and writer of These People, a web series with Jim Rash, Keith Powell, and Carolyn Hennesy. Zac has an MFA in Creative Writing from the University of British Columbia and a BFA in Theatre from NYU. His short film All Kinds of Time recently won an audience award at the San Francisco Disposable Film Festival. Play productions include Freaking Out in the 2005 Breedingground New York Spring Fever Festival (directed by Evan Cabnet), and The Burden of Sunflowers in the 2000 New York Fringe Festival and the 2003 Williamstown Theatre Festival Workshop. Having spent many years as a Digital Media Executive for Bravo, The View, and ABC Family, Zac continues to work as a part time digital media consultant, and continues to take suggestions for any other word we can collectively get behind other than content. He lives in Los Angeles with an old-lady housecat named Katherine.

Whatever It Is (essay) Event Magazine, December 2014.