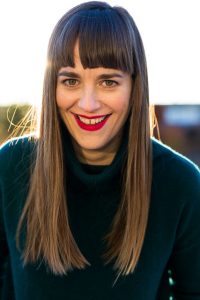 Michelle Deines is an award-winning writer who works in multiple genres, including poetry, non-fiction, and drama.  Her poetry has been published in several magazines, including Artis Natura, The Writer’s Cafe Magazine, Event, and Contemporary Verse 2.  Her non-fiction has appeared such publications as Understorey and Maisonneuve.  Michelle’s plays include an adaptation of Jane Austen’s Sense & Sensibility, I am the Bastard Daughter of Engelbert Humperdinck (co-written with Kathryn Kirkpatrick) and Ghosts in Baghdad, which won the Special Merit Prize in Theatre BC’s National Playwriting Competition in 2013.  Michelle is a faculty member of the Theatre Department at Capilano University, and graduated with an MFA from UBC in 2011.  She lives in Vancouver.