Laura Trunkey’s writing has been published in journals and magazines across Canada. Her short fiction has been anthologized in the bestselling collection, Darwin’s Bastards: Astounding Tales from Tomorrow and her non-fiction has been anthologized in Hidden Lives. The Incredibly Ordinary Danny Chandelier, Laura’s children’s novel, was a starred selection in the Canadian Children’s Book Centre‚ Best Books for Kids & Teens. Her short fiction collection, Double Dutch, is forthcoming from Anansi in spring 2016. Laura lives in Victoria with her husband, photographer Mike Andrew McLean, and their son Angus. 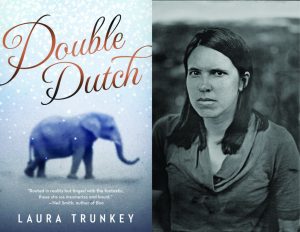