Ken McGoogan has survived shipwreck in the Indian Ocean, chased the ghost of Lady Franklin from England to Tasmania, and placed a memorial plaque in the Arctic overlooking Rae Strait. He is the author of a dozen books, among them four bestsellers about Arctic exploration: Fatal Passage, Ancient Mariner, Lady Franklin’s Revenge, and Race to the Polar Sea (all HarperCollins Canada). His awards include the Writer’s Trust of Canada Biography Prize, the Canadian Author’s Association History Award, the UBC Medal for Canadian Biography, and the Pierre Berton Award for History. Ken made a cameo appearance in the prize-winning docudrama based on his book Fatal Passage, and he also turns up in Franklin’s Lost Ships. For two decades, Ken worked as a journalist, moving from The Toronto Star to The Montreal Star and The Calgary Herald, where he served as books editor and literary columnist. His recent books include How the Scots Invented Canada, Celtic Lightning, and 50 Canadians Who Changed the World, and an ebook edition of his novel Kerouac’s Ghost. Ken has served as chair of the Public Lending Right Commission, and is a fellow of the Royal Canadian Geographical Society and the Explorer’s Club. He has worked as a writer-in-residence in Fredericton, Dawson City, and Hobart, Tasmania, and he teaches creative nonfiction at the University of Toronto (Continuing Studies) and in the MFA program at University of King’s College in Halifax. Ken sails in the Northwest Passage as a resource historian with Adventure Canada. In 2017, he will publish Dead Reckoning: The Untold Story of Arctic Discovery. 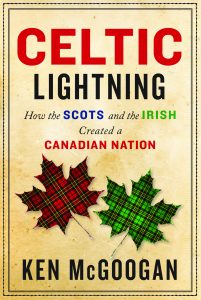 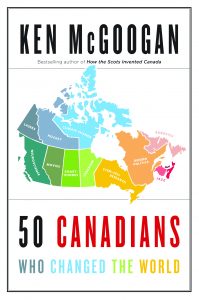 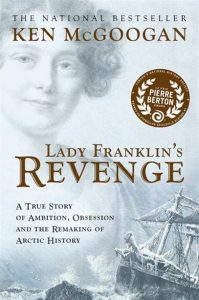 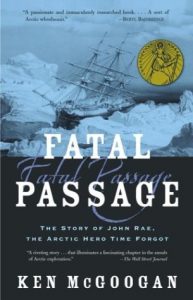