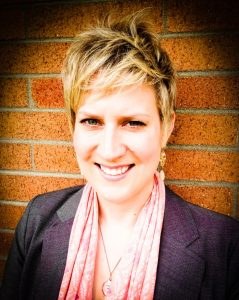 Kelly S Thompson is an award-winning writer and editor and a former Captain in the Canadian Forces. She has a degree in Professional Writing from York University, a Master’s in Creative Writing from the University of British Columbia and a certificate in Publishing from Ryerson University. She was the President of the Professional Writers Association Vancouver Chapter for three years and is a current member in Ontario. Kelly has been published in Chatelaine, The, Georgia Straight, and more. Her essay “We Are A Military Family” was published in an anthology with Heritage House Press and won the Barbara Novak Award for Personal Essay in 2013. This essay appeared in, Embedded on the Home Front, which also won a 2012 CBC Bookie Award. She was shortlisted for Room Magazine’s Creative Non Fiction Award in both 2013 and 2014. Her essay “Strip, Reveal and Sex Appeal” appeared in Caitlin Press’s Boobs: Women explore what it means to have breasts, and won the 2017 Barbara Novak Award for Personal Essay. Her fiction piece, “Fluidity” won the House of Anansi Press Golden Anniversary Award and was published as its own ebook.

She is represented by Stephanie Sinclair of Transatlantic Literary Agency.

“Strip, Reveal and Sex Appeal”- Part of an Anthology, Boobs: Women discuss what it means to have breasts, 2016, Caitlin Press

“We Are a (Military) Family”- Part of an Anthology, Embedded on the Home Front, Where Military and Civilian Lives Converge, 2012, Heritage House Press