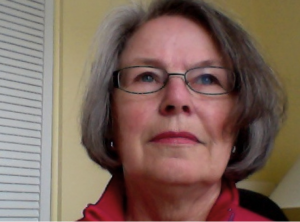 Jean is an Ottawa native, married to another one, mother of two more and grandmother of three Ottawa granddaughters. An unrepentant throwback in the age of mobility.

After a career as an executive in the federal public service and as head of a national industry association, Jean plunged into the world of creative writing. Hooked by the end of her first workshop in short fiction at Carleton University, she followed up with more. Gradually she added to her Honours BA in Political Science (Carleton) and MA in Political Studies (Queen’s) a graduate diploma from the Humber School of Writing and an MFA in Creative Writing through UBC’s Optional Residency Program.

She now indulges in poetry as well as short fiction and is a happy member of the active and supportive writing community in Ottawa.