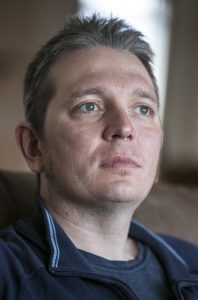 Jessie Richardson Award for Outstanding New Script — Inside the Seed

I’ve enjoyed many professional productions of my theatrical work (as playwright and collaborative-creator), including Inside the Seed, recipient of a Jessie Richardson Award for Outstanding Original Script, and published by Talonbooks. The City & the City – an adaptation of China Miéville’s celebrated cult novel – enjoyed a sold-out premiere run at the PuSh International Performing Arts Festival. (Re)Birth: EE Cummings in Song toured to New York City’s 42nd Street Theatre after multiple mainstage mountings.

My debut novel, Privilege, was released by Enfield & Wizenty in 2019.