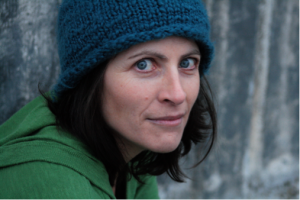 Jan Redford is a writer living in Squamish BC who has been climbing, mountain biking and skiing for thirty-odd years. She is a French Immersion teacher by profession, but gave up her grade three class in the interior of BC to move to the coast twelve years ago. She has studied at seven colleges and universities, including The University of Calgary (B.Ed.), The Writer’s Studio at SFU, and UBC, where she just completed a Master of Fine Arts in Creative Writing (2015). She has attended Sage Hill Writing Program, Banff Mountain Writing, and Banff Wired. In November 2015, she participated on a panel called A Summit of One’s Own‚ to discuss mountain literature by and about women at the Banff Mountain Film Festival.

Jan has recently completed a memoir set in small mountain towns and climbing communities of the Canadian Rockies. End of the Rope: Mountains, Men and Me, is the story of her struggle to make her own way in the mountains and in life. To lead, not follow. Two chapters from her manuscript, Grant’s Lunch, and God or Boys, have placed in writing contests: in 2009 with the Vancouver International Writer’s Festival, and in Room‚ 2011 non-fiction contest, respectively. Her chapter, End of the Rope, was published in 2013 with the Banff Press in Rock, Paper, Fire: Best of Mountain and Wilderness Writing. An earlier version of this manuscript‚ under the title, Remember The Lilac, was long-listed in SFU’s 1st Book Competition in 2010. In addition, her work has been published in The Globe and Mail, The National Post, Mountain Life, Explore, several anthologies, and has won or been short- and long-listed in eight writing contests. In 2013, she was awarded a $6,000 scholarship from the BC Arts Council.

Explore Magazine (Hot On Your Heels) 2014

Rock, Paper, Fire: Best of Mountain and Wilderness Writing (End of the Rope)