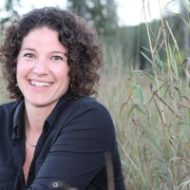 Gillian Wigmore is the author of three books of poems, including Orient, published by Brick Books, Dirt of Ages, published by Nightwood Editions, and soft geography, published by Caitlin Press, which was nominated for the Dorothy Livesay award and won the 2008 Relit award. She has also written a novella, Grayling, published by MotherTongue Publishing in 2014 and has a novel forthcoming in Fall 2017 with Invisible Publishing. Her work has been published in magazines and anthologized. She lives in Prince George, BC, where she is the coordinator of the Nechako Branch of the Prince George Public Library. Her work has been published in magazines in Canada, the United States, and Australia.