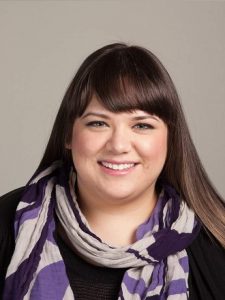 Francine Cunningham is an Aboriginal writer, artist and educator originally from Calgary, Alberta but who currently resides in Vancouver, British Columbia. Francine has a Master of Fine Arts degree in Creative Writing from The University of British Columbia. She also has a Bachelor of Arts in Theatre from UBC. She graduated from Keyano College in Fort McMurray, Alberta with a Visual and Performing Arts Diploma with conservatory style training in acting.

Francine received an award for a First Nations artist in 2015 from The First Peoples Cultural fund, was a participant in the 2014 Indigenous Writing Studio at the Banff Arts Centre and placed second in the 2014 Our Story: Aboriginal Arts and Stories contest. Francine’s work has appeared as part of the 2015 Active Fiction Project in Vancouver, in Hamilton Arts and Letters, Echolocation Magazine, The Quilliad Magazine, Kimiwan Magazine, nineteenquestion.ca and The Ubyssey.

Francine is currently running creative writing and visual art workshops with the aim of helping students express their unique ideas and feelings surrounding issues of identity.

She is also working on her second novel, a collection of short stories and an adult picture book.

2015 Active Fiction Project Vancouver. A chose your own adventure story on the streets of Vancouver. Slips (Short Story)