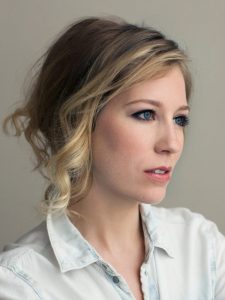 Winner of the HarperCollins/UBC Prize for Best New Fiction, Ellen Keith is a Canadian writer and a recent graduate of the University of British Columbia’s MFA program in creative writing. She currently lives in Amsterdam, the Netherlands. Her work has appeared in publications such as The New Quarterly and the Globe and Mail. Her debut novel, The Dutch Wife (Patrick Crean Editions) became an instant Canadian bestseller following its publication in April 2018, reaching #1 for Canadian fiction on The Globe and Mail’s bestsellers list. The Dutch Wife has since been published internationally in the United States (Park Row Books), the Netherlands (Uitgeverij Prometheus) and the Czech Republic (Pavel Dobrovský – Beta), and is forthcoming in Serbia (Vulkan izdavaštvo) and Italy (Newton Compton).