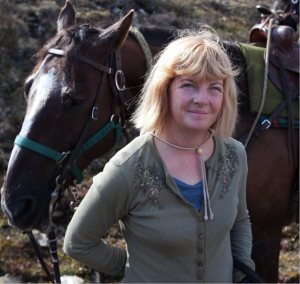 My poems, short fiction, and essays have been published widely in journals such as The Walrus, The Fiddlehead, and The Malahat Review as well as in several anthologies, most recently, Best Canadian Poetry in English 2013, and I Found it at the Movies: an Anthology of Film Poems (2014). I have published two books of poetry, Somewhere, a Fire, and Erratic. In 2014, I completed my MFA at UBC for which I received a Joseph-Armand Bombardier Graduate Research Grant. My thesis, titled Summer of the Horse, is a non-fiction manuscript that explores both the physical landscape of the Muskwa-Kechika Management Area (M-KMA), located in northern British Columbia’s Northern Rockies, and the metaphysical landscape of the human mind.