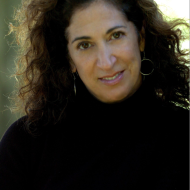 Carol N. Shaben is an award winning Vancouver-based author and recipient of two National Magazine Awards, including a gold medal for Investigative Journalism. In 2008 she was nominated as Canada’s Best New Magazine Writer. Her first book, Into the Abyss, sold to Random House Canada within two hours and has since become a national bestseller. The book has been published in the United States, UK, Brazil, Spain and throughout the Spanish speaking world. It was also optioned for film in 2013.

Into¬†the Abyss received the 2013 Edna Staebler National Award for Non-Fiction and was a finalist for the BC Book Prizes Hubert Evans Non-Fiction Prize.