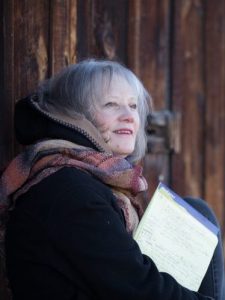 Anneliese was shortlisted for the 2016 UBC/HarperCollins Best New Fiction Prize for her collection “The Edible, the Beauteous, and the Dead”. A 2014 Pushcart Prize nominee and former Bread Loaf Scholar, she has won the 2016 Stone Canoe Fiction Prize, the 2013 Meringoff Fiction Award and the 2013 Enizagam Literary Award in Fiction. Her short stories, travel pieces and poetry have been published by the Toronto Star, Literary Imagination, Stone Canoe, the Lascaux Review, Nowhere Travel Stories, Enizagam, and Moon Willow Press. Her fiction has also been recognized by Glimmer Train, Ruminate, The Writers’ Union of Canada, Cutthroat, New Millennium, Hidden River Arts, the Bath Short Story Award, and the Surrey International Writers’ Conference. A short play based on her story 27 Years was produced in Richmond,,and she has read her climate fiction at Word Vancouver, and presented the Culture Days event “Poems in the Pavement,” a reading of her poems on homelessness and addiction.

Anneliese is at work on the third title in her Young Adult climate fiction series: No phones, no cars, no internet. 2022-23 school year? Cancelled. And fifteen-year-old Kathleen is tracking her runaway little sister across a climate-devastated BC. The first title in the series, Distant Dream, is currently under consideration..

One day, she will get back to her novel in Italian, La Finta Italiana, and its translation, The Pretend Italian. (First, however, a middle-grade novel populated with rude ghosts.)