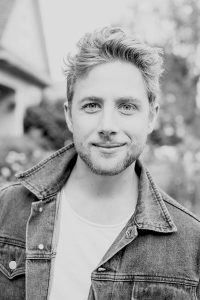 Adrick Brock is a writer from Toronto, Ontario. His fiction has appeared in The New Quarterly, EVENT, The Malahat Review, Riddle Fence, The Dalhousie Review and was shortlisted for the 2012 CBC Short Story contest. His first published story, ‘Nina In The Body Of A Clown,‘ won the 2014 Western Magazine Award for Fiction. His journalism has appeared in Vancouver Magazine, Modern Farmer, Canoe & Kayak, and Megaphone. He holds an MFA in Creative Writing from the University of British Columbia and currently lives in Vancouver, where he enjoys hiking and embarrassing himself on dance floors.

Watch: an interview with Adrick Brock.