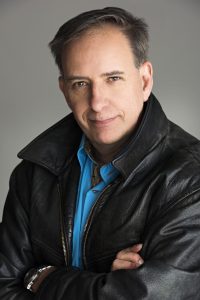 A prolific writer, Aaron Bushkowsky is a Vancouver-based playwright, film-writer, poet, novelist, and educator. His plays have been produced across Canada, the US, and Europe, and have received 9 Jessie Richardson Theatre nominations, more than any other Canadian playwright, winning two for Outstanding Original Play. He has been a resident playwright at The Vancouver Playhouse, Rumble Theatre, and Touchstone Theatre. Aaron has written over 20 plays and received almost as many professional productions across Canada, the US, and Europe. Aaron also spent a year at the Tarragon Theatre playwrights unit in Toronto and is a graduate of the prestigious Canadian Film Centre in film-writing. His film-scripts have received many options and he is currently working to complete The Ancients, a feature about down-on-their luck university Greek Literature professors and their stunningly beautiful daughters who get them into trouble. Aaron’s short film The Alley was nominated for five Leo awards and won the National Screen Institute’s Drama Prize. Aaron teaches writing at Vancouver’s highly regarded theatre school Studio 58, and at Kwantlen University, Langara College, and Vancouver Film School. He has several published works, including two books of poetry Mars is for Poems (Oolichan Books) and Ed and mabel go to the moon (Oolichan Books) which was nominated for a BC Book Award for Poetry. His published drama includes Strangers Among Us, The Waterhead and other plays, My Chernobyl, all published by Playwrights Canada Press. His first book of fiction was a collection of short stories The Vanishing Man, published by Cormorant in 2005. Curtains for Roy, his first novel, was published in 2014. It’s a dark comedy about the Vancouver theatre world which garnered rave reviews from critics and made two Top Ten Book (2014) lists for Vancouver novels and subsequently nominated for the Stephen Leacock Award,Canada’s oldest literary award and only award for humour writing. Aaron received his MFA in Creative Writing from UBC in 2002. Aaron also heads Solo Collective Theatre, a professional Vancouver theatre company and has been an influential dramaturge, mentor, and teacher to hundreds of new West Coast writers and students. Aaron is represented in theatre by Marquis Entertainment, Toronto.