For my final project in Graphic Forms I did a series of strips about a woman named Tara who works at a bar called The Miracle. I used to work at a bar/cafe/music venue, and in 2020 I’ve really been missing that community and scene–the characters, the drama, the lingo, even the mundanities. The service industry isn’t glamorous or high-status, but it made me who I am, so I wanted to capture some of it in comics form, especially in a time when it exists only in my (and everyone else’s) imagination. Thanks for reading! 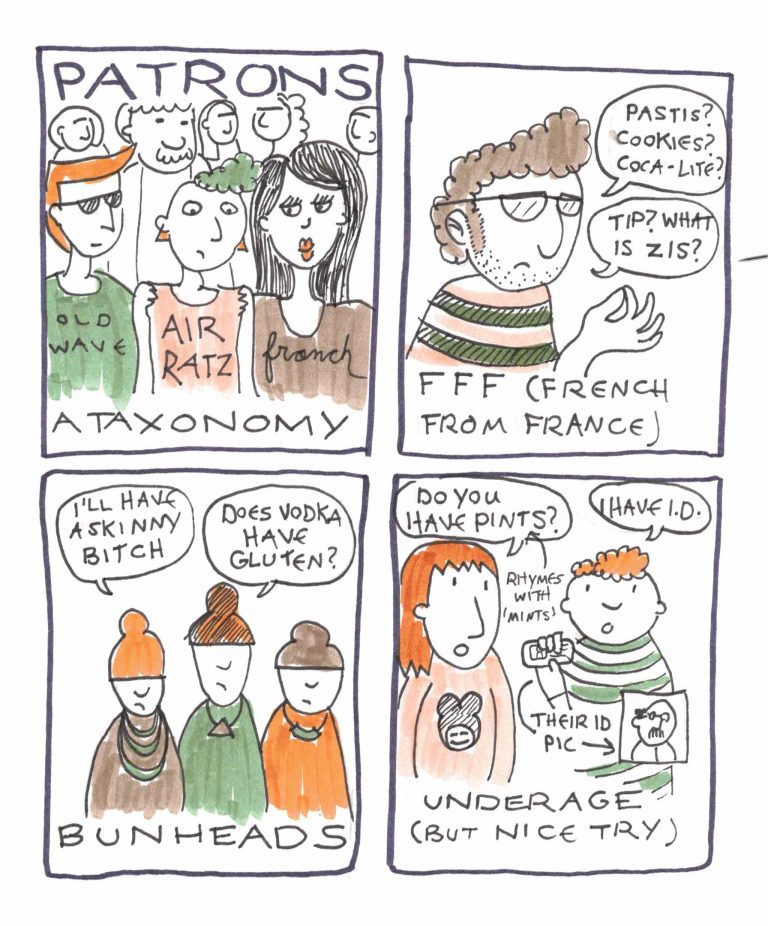 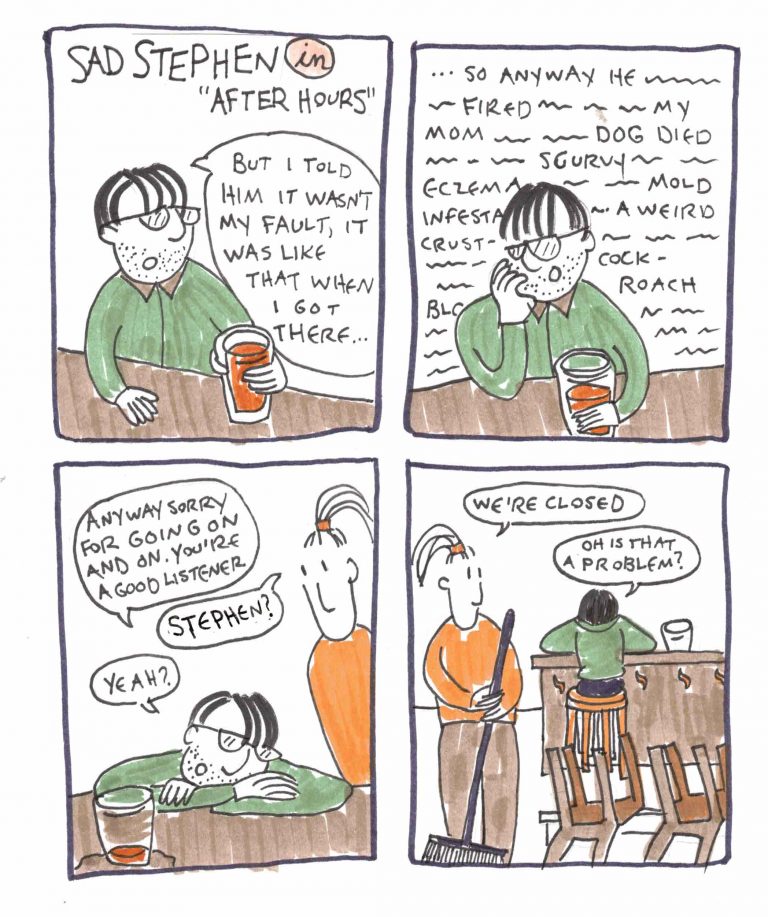 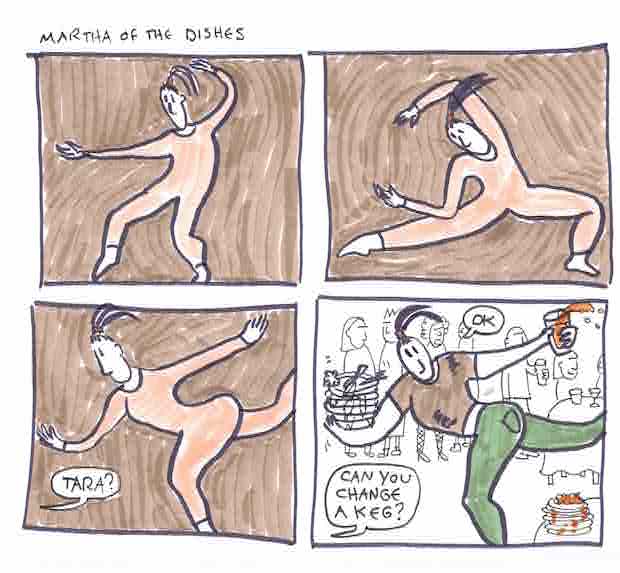 On this page
Back to toparrow_upward